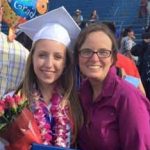 Brenna is the daughter of James and Katie Russ of Ferndale, granddaughter of Herb and Terry Russ and great granddaughter of Joseph Russ II. After graduating from Ferndale High she attended Dominican University in San Rafael and obtained a degree and a teaching credential in 2002. Brenna teaches at Fortuna Middle School in Fortuna. In 2011 Brenna became the first female member of the Ferndale Rotary Club, and the Club’s first woman to be President in 2015. Brenna enjoys traveling and volunteering at numerous community events. Her partner is Leonard Lund. 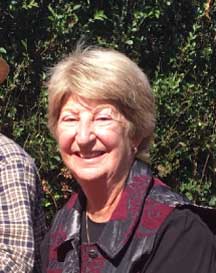 Virginia Dwight is the granddaughter of Edythe Russ Connick and Harry DeHaven Connick. She is the daughter of Harris and Mary Connick. With her husband Phil and their children Lawrence and Mariette and granddaughter Josie they are longtime owners and agricultural producers on two of the original Russ ranches, Mazeppa and Whatcheer. Virginia has served on various non-profit boards and committees within Humboldt County. 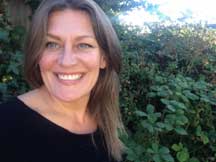 Kristyn returned to Ferndale in December of 2014 after years of living in several locations along the California coast. Ferndale is Kristyn’s Elementary and High School Alma Mater igniting her genuine bond with this community.  Kristyn designed homes in LA as well an event planner, and has always had a passion for beautiful buildings, old craft, family history, and preservation. She holds a degree in Psychology with a minor in Criminology. Kristyn is a culinary graduate from WCI. Kristyn also holds five certifications in the wellness field and currently is a wellness manager.  Mother of two beautiful grown daughters Jessica and Kaitlin. 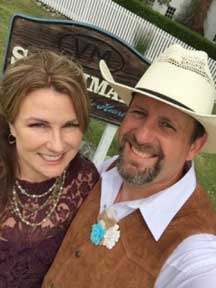 Jack has been serving on the Fern cottage board of directors for nearly ten years now. He is the grandson of Viola Russ McBride and is fifth generation of the Russ family. He is an Electrician by trade but spends any of his spare time working on either the Viola McBride Education Trust or his father Andy McBride’s family trust where he manages the timber and numerous properties around the area. He is married to his beautiful wife Lisa for 27 years now and together they have three kids, Andrew, Mathew and Kendall all residing here in Humboldt co. 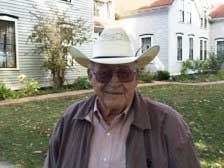 Joe is a lifelong Humboldt County resident. He was born Joseph Russ IV to Joe III and Annettta Russ, went to Capetown Elementary School, Ferndale High School, and graduated from UC Berkeley in 1958. He has been a rancher and timber owner his entire life, and currently has operations in Humboldt, Modoc and Shasta County. Joe was chosen as Livestock Man of the Year by the California State Chamber in 1987, and has served in Board positions for numerous state and local organizations — California State Chamber, California State Fair Board, State Board of Forestry, and Humboldt Planning Commission. He’s also been an officer in local organizations such as Humboldt County Cattlemens’, Woolgrowers, Farm Bureau, Bank of Loleta, and others. He was a delegate to the Republican National Convention in 1968 and 1972 and was Regional Chairman Reagan for Governor. He has been married to Karen for 53 years, and they have three children: Renee Jackson, Lane Russ, Kathy Christiansen and 8 grandchildren.